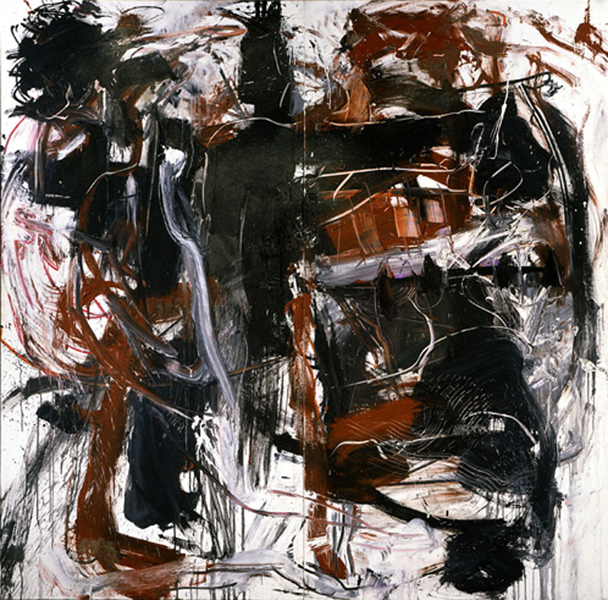 To inaugurate the Emilio and Annabianca Vedova Foundation’s new architectural space, we have chosen three cycles of work, which represent the most extreme point of visual expression reached by Emilio Vedova on his artistic journey, freighted with formal and gestural qualities. These are the grand paintings from the Emerging (1984), Da Dove (1984) e Oltre series, enhanced by the presence of a Non dove series tondo from 1986, which together summarise the peak of his expressivity. Selected because roughly contemporaneous (1984-1986), the pieces open a dialogue with the space and create relationships between them, setting up a continuum of light and shade, of joy and pain. The inner feeling here, expressed in dramatic layers of colour and materials, comes to the fore, becoming a visible presence, in which the viewer can lose him- or herself and share in the questions the artist poses on life and living. A progression set about with doubts and passions, arranged in the space according to different perspectives creates a labyrinth or scenario in which to let oneself go and be overwhelmed by the proliferation of images articulating the artist’s lifelong protest against the world’s absurdity.