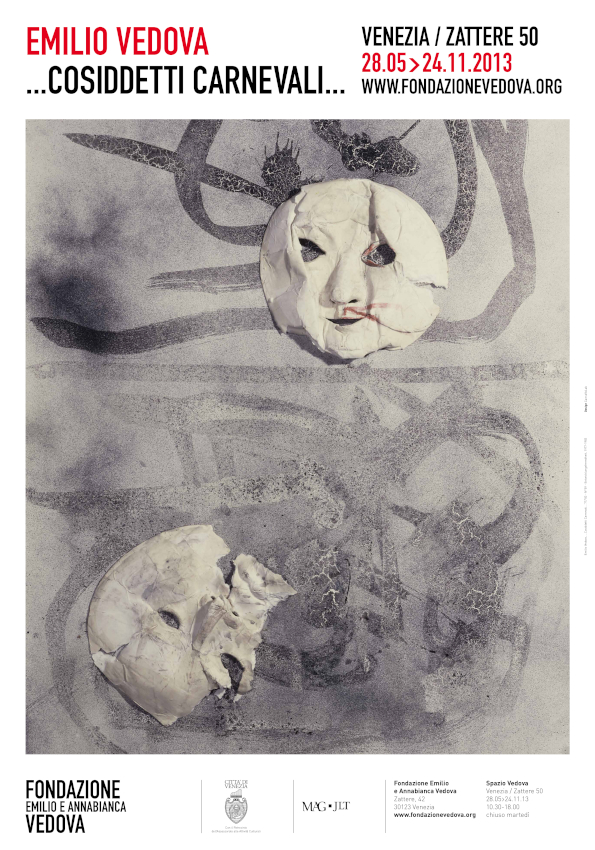 The exhibition, curated by Germano Celant with Fabrizio Gazzarri, brings together works from this partly unseen cycle for the first time in a wide-ranging and significant manner, revealing the surprising and inexhaustible poetic force of Emilio Vedova.
The ...Cosiddetti Carnevali… groups together a series of works realised between 1977 and 1991 under a single title, bearing witness to a particularly original period in the artist’s career.
Stimulated by that intense link he felt with the most genuine aspect of the carnival spirit, Emilio Vedova began to explore the theme, in part using materials recalling those used in other periods of his work. From the end of the 1970s to the beginning of the 1990s, the ...Cosiddetti Carnevali… represented a parallel line of research to other personal experiments within the magisterial flow of his oeuvre.
Historically, the first contact between Emilio Vedova and the Carnival dates from 1954, when he remained for three months in Brazil after winning an award at the São Paulo Biennale. In Rio de Janeiro, he produced a series of drawings and pastels during the carnival. In the same way, his voyage to Mexico in 1980 was fundamental for Vedova’s rediscovering a new creative energy after the expressive silence of the Plurimi/Binari in the Lacerazione ’77/’78 cycle.
The entire …Cosiddetti Carnevali… cycle comprises a wide variety of supports and forms of installation, and the marked technical and stylistic differences enrich the evident variety of Emilio Vedova’s pictorial language.
The artist’s declared thematic intent and the skilled use of collage and assemblages of masks, cords, paper, prints, plastic and wood on the most varied supports, immediately characterised the nature and problem of this cycle in a highly evident manner.
The earlier works of the late 1970s are asymmetrical Frammenti and Schegge, characterised by an oblique, unstable dynamism with surfaces of irregular, double-fronted forms laid out in space on reflective steel bases and prevalently painted in white, black and metallic grey, and at times also including elements of photo-collage, graffiti and combustion in which – through the use of assemblage – Vedova provoked a shift to new poetic planes. In later years, in the ...Cosiddetti Carnevali... we see a return to a painting of a great gestural and chromatic impact on canvas, wood or plastic. In these, the interesting link between a newly and directly expressionist way of producing art and the almost metaphysical suspension provoked by the mask is increasingly evident. 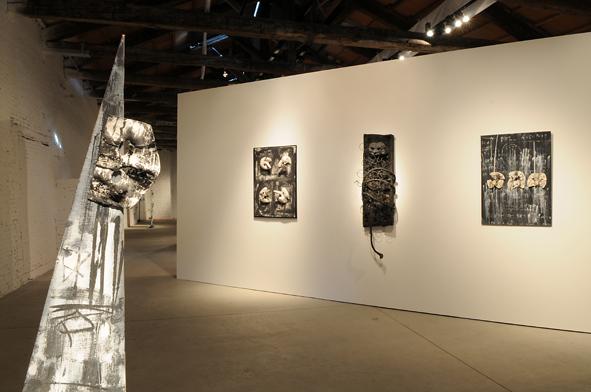 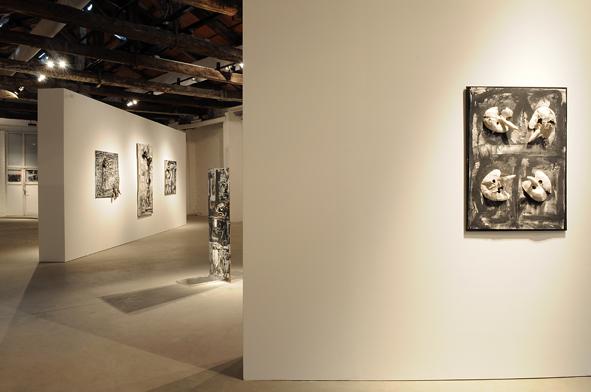 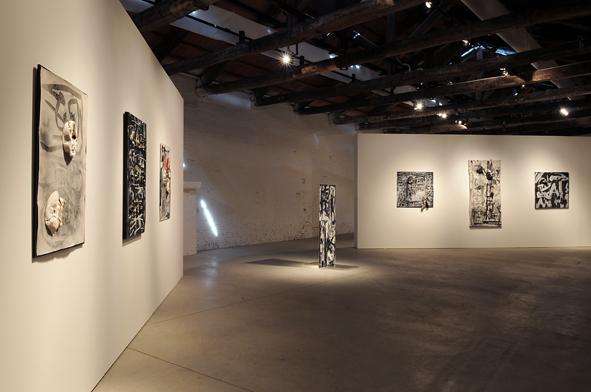 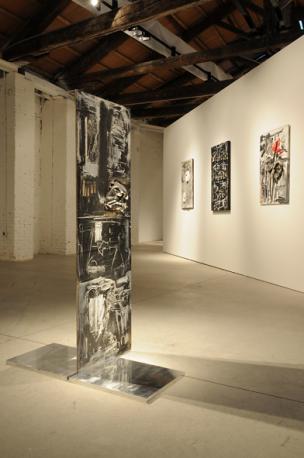 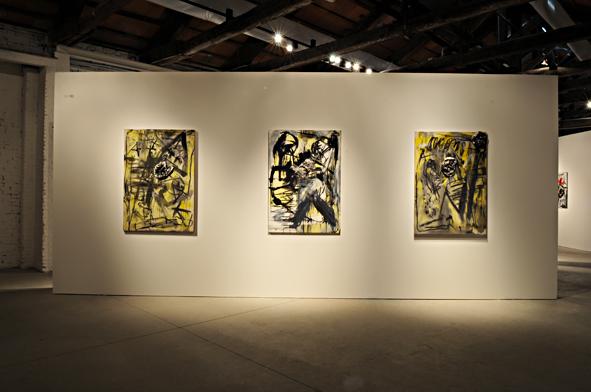 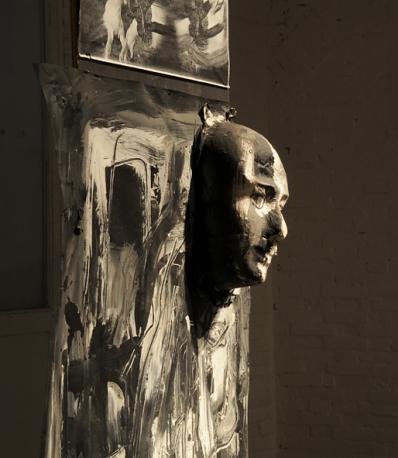