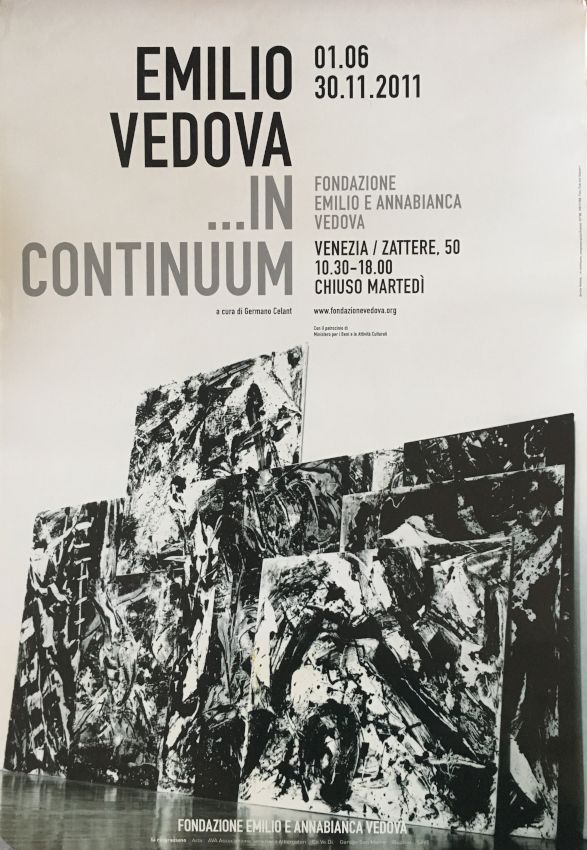 Emilio Vedova began his artistic research in the 1930s surrounded by the seventeenth-century Baroque atmosphere of Venice. In the following decade, he was already a major figure in the post-war art scene, and in the 1950s, together with Alberto Burri and Lucio Fontana, he became a leading exponent of Italian and European art informel alongside abstract expressionist painters from the United States such as Jackson Pollock, Willem de Kooning and Franz Kline. The winner of the Gold Lion for Lifetime Achievement at the 1997 Venice Biennale, he endlessly fought for the freedom of the artistic experience against all forms of repression.

...in continuum, compenetrazioni/traslati ’87/’88 is a cycle of 109 large canvases conceived and executed between 1987 and 1988. White on black and black on white paintings made using a unique technique, which Vedova called “blind painting” ... in continuum is a sort of accumulation “with no beginning or end” that invades space in free and random layers. The potential gesture of arranging these canvases in ever-changing images in motion is meant to express the unstable precariousness of our lives and actions. 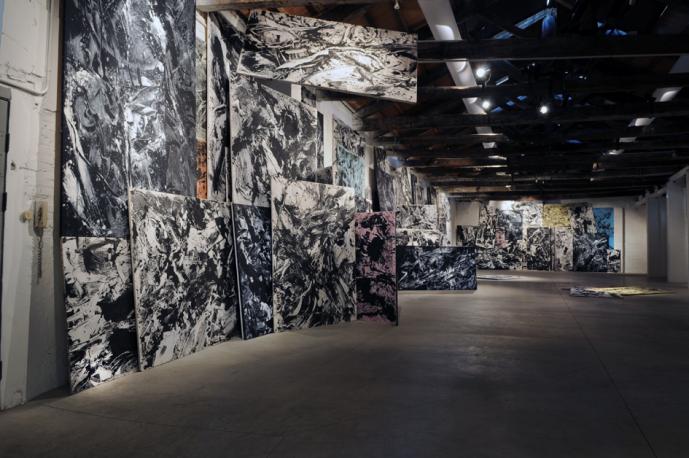 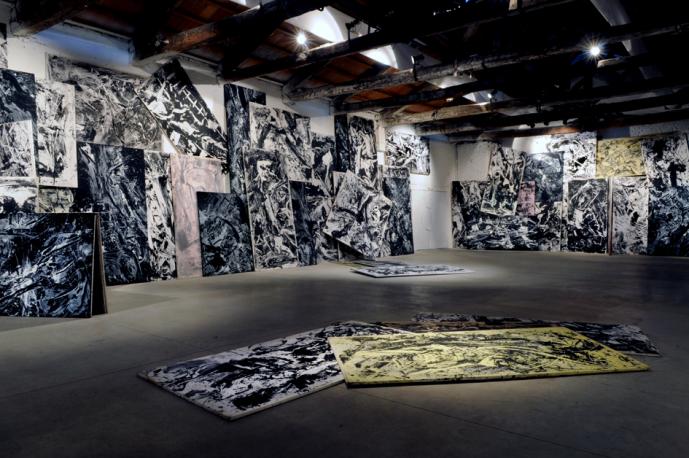 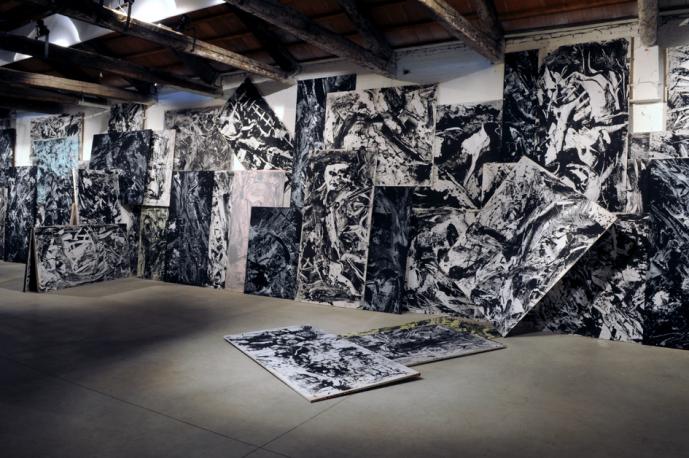 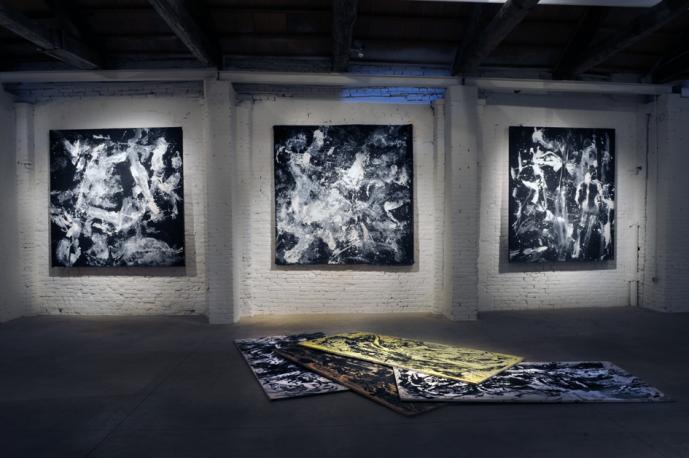 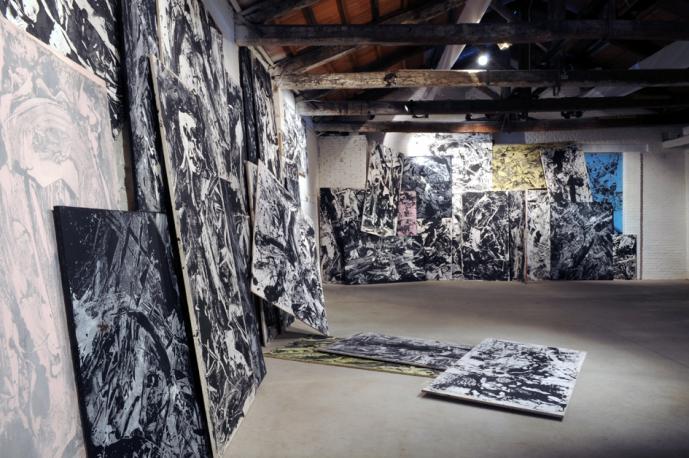 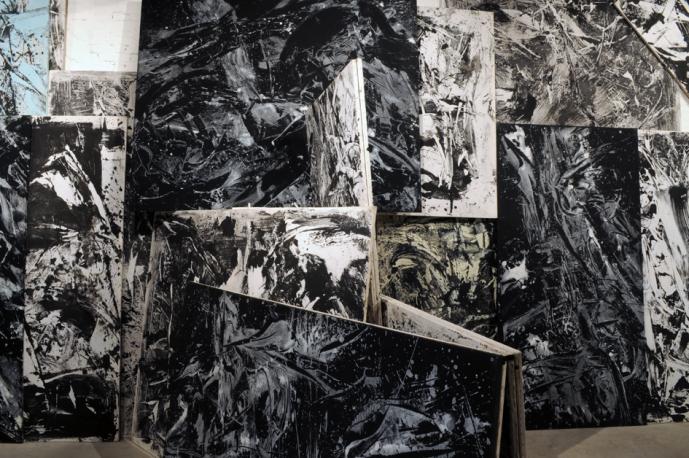 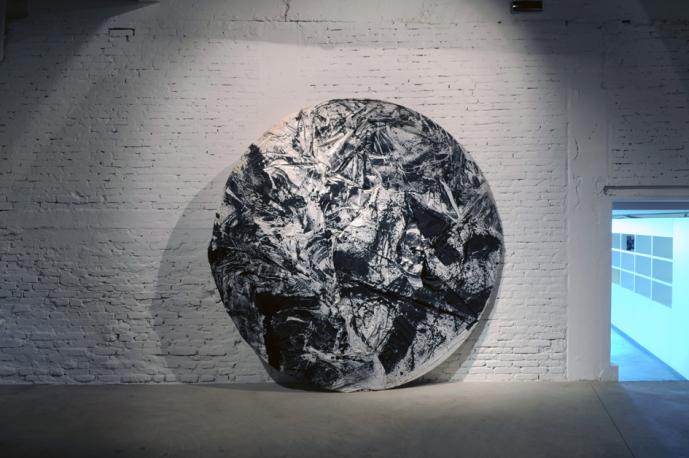