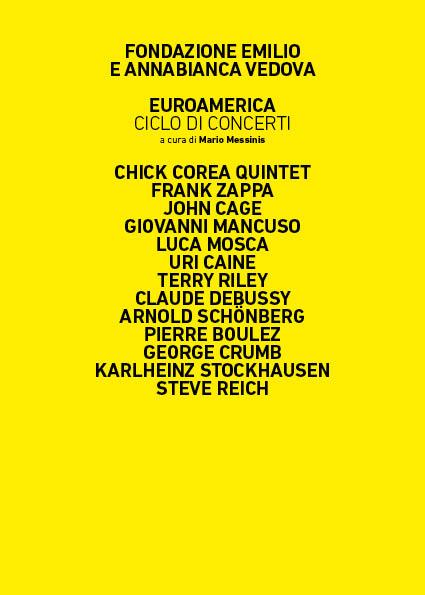 While Emilio Vedova was a leading exponent of avant-garde Italian art in the immediate post-war years, he very soon entered a circuit that went beyond national frontiers and in which he also played a leading role, as underlined by the success at the Biennale of São Paulo in Brazil in 1951 and 1953-1954, in addition to numerous exhibitions in New York and the United States generally, where a few years later, he was also invited to give lectures in various prestigious universities. Also dating from those years was a long journey through “deserts, canyons, Indian reservations, black and white ghettos in the immense metropolises” that would leave a profound mark on his artistic development. It is in his De America, the great cycle of about fifty paintings on canvas and paper executed by Emilio Vedova in Venice between 1976 and 1977 that his intense “American” experience found expression, with a manner of painting re ecting the radical transformations that shook society on both sides of the Atlantic, especially in the 1960s and 1970s. A prestigious volume edited by Germano Celant with biographical and documentary research by Laura Lorenzoni has been dedicated to this extraordinary cycle and its genesis and is soon to be released, published by Skira. In reference to this extraordinary period in Vedova’s painting, the Fondazione Emilio e Annabianca Vedova is organising Euroamerica, a series of concerts dedicated to the United States and to Europe, curated by Mario Messinis. The choice has fallen not on radical American composers, but those who can be most easily enjoyed, on popular music and “high-kitsch” (as Arbasino would call it). As for the European avant-garde, the focus will be on looking for new languages, with touches of analytical rationalism.

A series of concerts
arranged by Mario Messinis