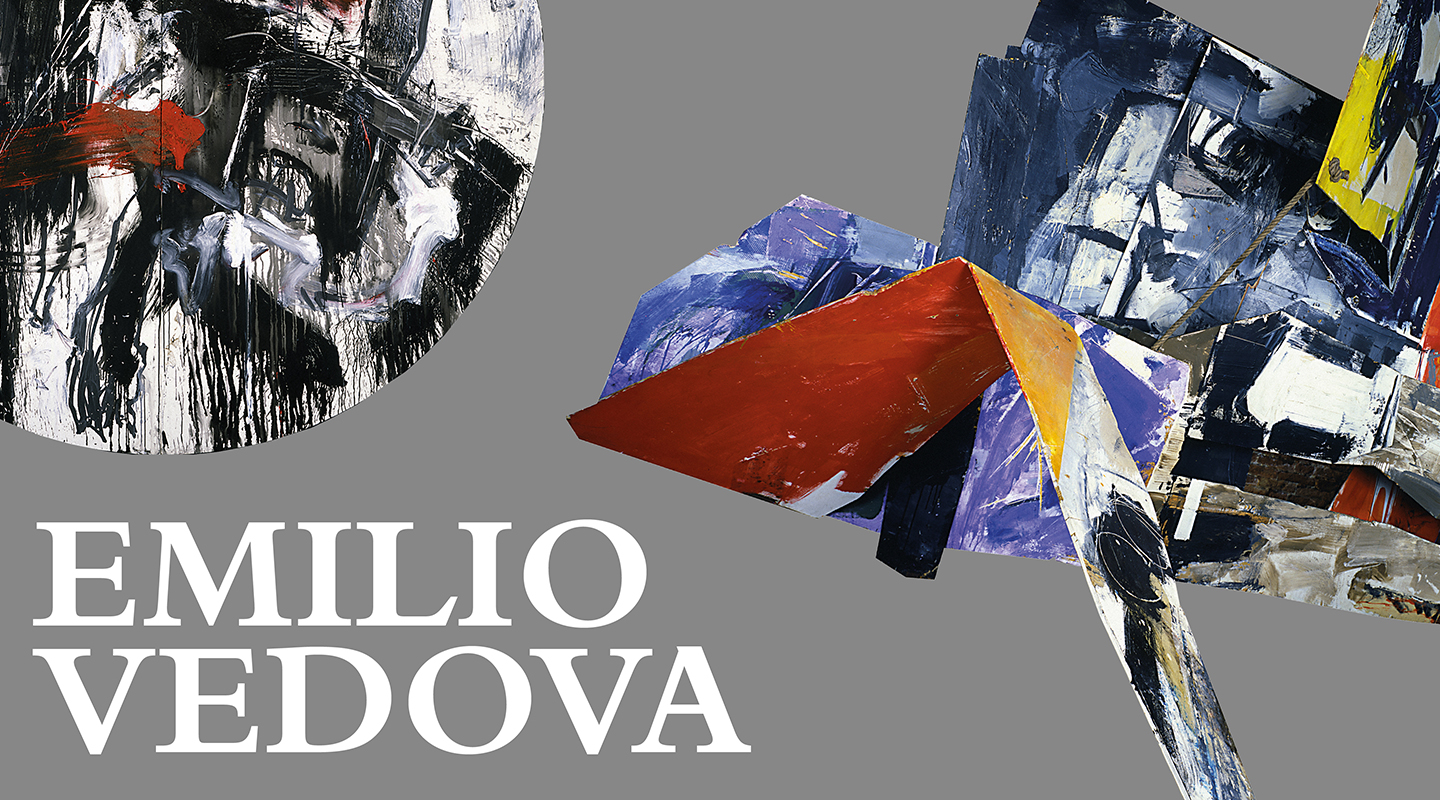 On December 6, 2019, at the Palazzo Reale in Milan, the exhibition EMILIO VEDOVA will open to the public. Among the most important ever dedicated to one of the commanding figures of 20th-century art, the exhibition is curated by Germano Celant and sponsored by the Milan Municipality’s Culture office, the Palazzo Reale, and the Fondazione Emilio and Annabianca Vedova.

EMILIO VEDOVA is the result of an installation project in which the Palazzo Reale’s spectacular Sala delle Cariatidi has been posited as at once an ideal and an unusual exhibition space for articulating the painter’s artistic language. The Rome-based Alvisi Kirimoto Studio has envisaged, specifically for this show – which presents works from the 1940s through to the 1990s – a 30-metre long, 5-metre high wall, surmounted by an independent black metal lighting structure, which bisects the hall diagonally, as if to challenge its architectural grandeur, in what Vedova would have called “a contrast/clash of situations”. Exhibited both on the wall and on the floor in this bifurcated environment are some sixty works, some of considerable size, including the famous Absurdes Berliner Tagebuch ʼ64 (1964).

The life and career of the great painter, who was born in Venice in 1919, is covered in the Sala del Piccolo Lucernario which precedes the Sala delle Cariatidi. Here, a chronology composed of biographical data, images and poetic pronouncements, is flanked by a selection of works covering the whole arc of Vedova’s artistic output.

On the occasion of the Palazzo Reale exhibition, the Emilio and Annabianca Vedova Foundation is going to publish, with Marsilio, an artistic and biographical monograph on the Venetian painter. The book aims to trace a complete itinerary through the different languages explored by the artist. The narrative is accompanied by a rich trove of illustrations embracing the works, personal photographs and texts by Vedova, with a running historical and art-historical contextualisation. 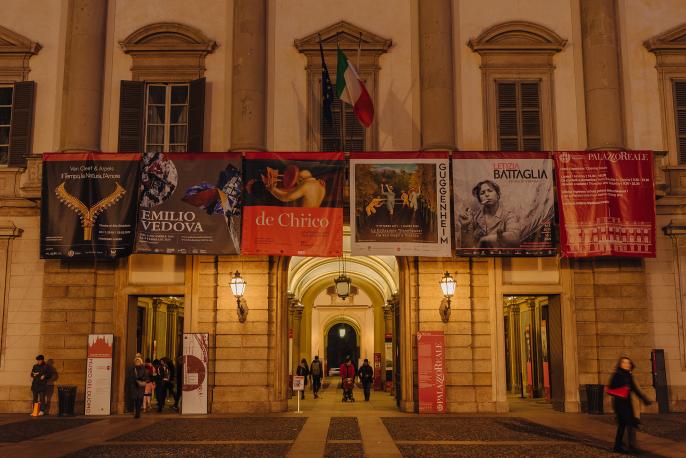 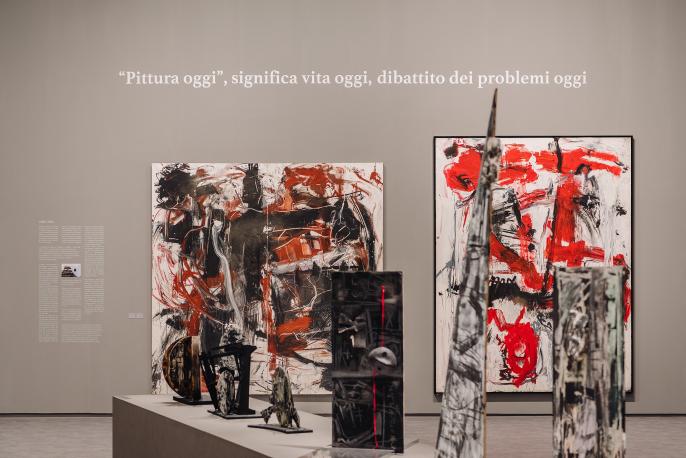 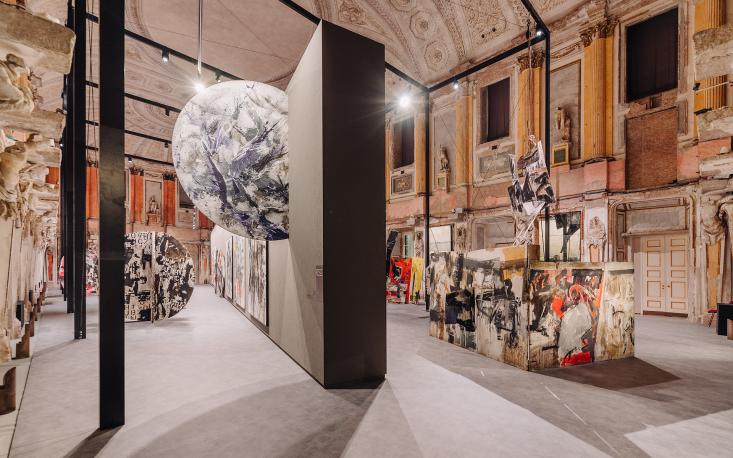 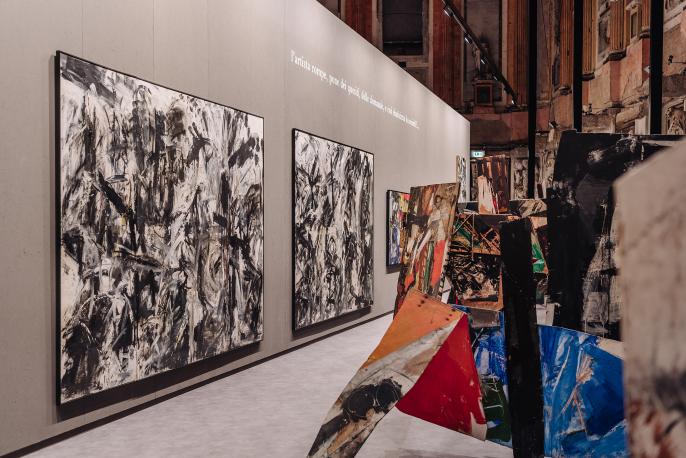 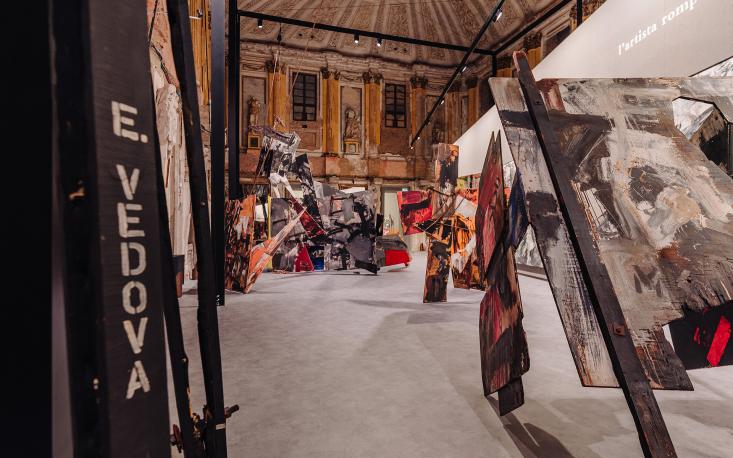 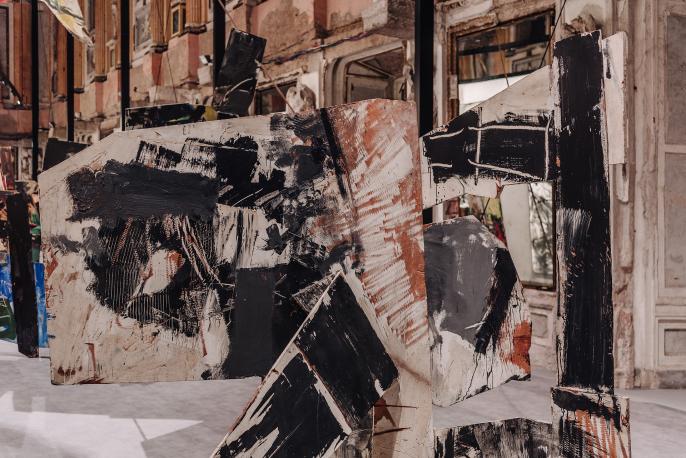 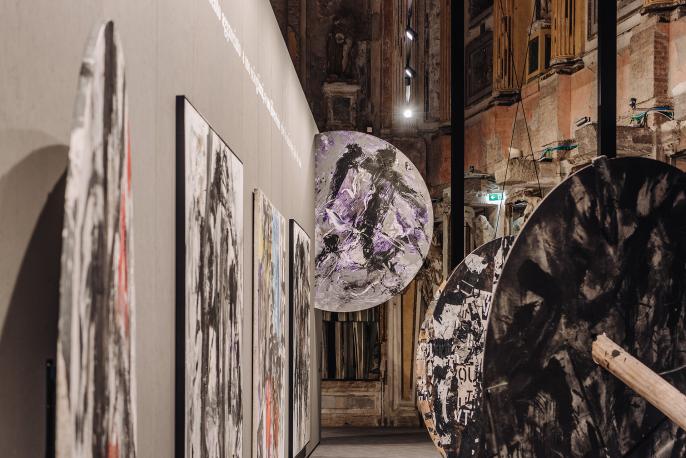 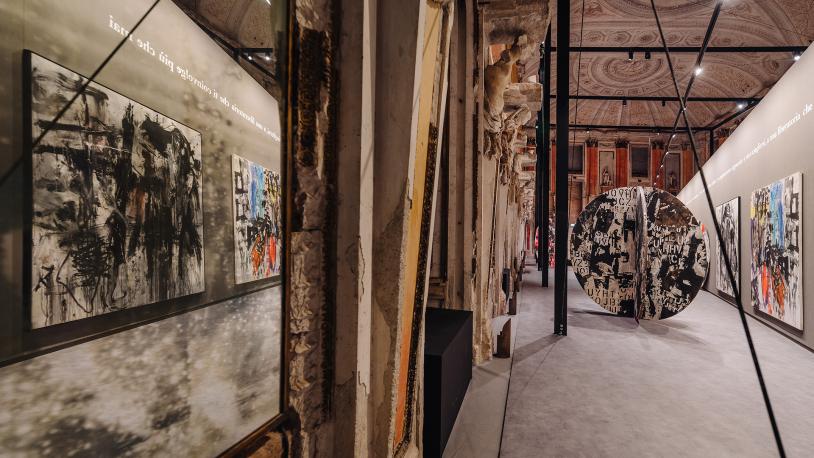