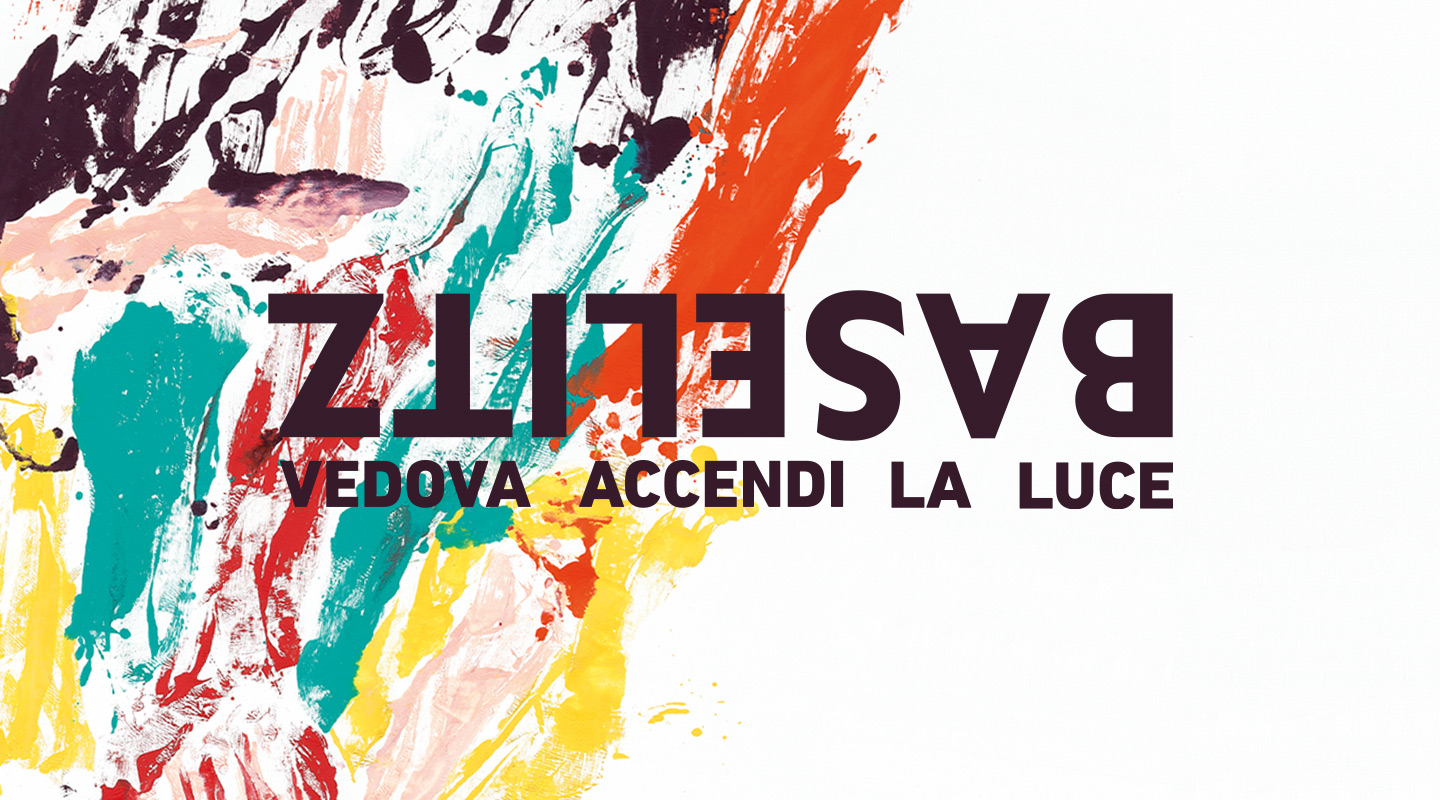 The Emilio and Annabianca Vedova Foundation presents ‘Vedova accendi la luce’, an exhibition of works by Georg Baselitz created specially during the year 2020.

It consists of a series of pictures divided into two sequences, dedicated to his wife Elke Baselitz and to Emilio Vedova.
Each of the sequences is recognisable as such for their stylistic coherence while also distinguished by the witty wordplays, Witz, the artist has deployed in their titles.
The great canvases – all 3 metres high and 2.12 wide – are arranged along specially constructed white walls within the Magazzino de Sale, in a rigorously cadenced configuration.
The seven canvases dedicated to Vedova are for the most part monochrome or bicoloured, and their titles afford the public a glimpse into the relationship between the artist and his longstanding friend Emilio Vedova.
On the subject of this friendship, Fabrizio Gazzarri, director of the Vedova Foundation and archive, remembers exactly when Vedova introduced him to Baselitz “Emilio was happily leafing through the catalogue of the German gallery he worked with, the same one as his dear friend Georg Baselitz, whom he had met during his stay in Berlin around 1963. His perusal paused at an image of an upside-down eagle, painted with aggressive thick brushstrokes, which captured all the power and mystique of that legendary skyborne predator, keenly vigilant over everything below. Emilio told me with some pride that the author of the painting was a friend of his, and a great artist.”
There are ten canvases dedicated to his wife and to Speiseeis (Ice cream) which Philip Rylands describes thus: “The dense magma of pigment, of matière, typical of Baselitz’s more expressionistic works, is diluted here ... These are lively and poetic creations.”
The ice cream paintings, with their range of different flavours, are images of the artist’s wife. They have been married for more than sixty years and his first portrait of her dates back to 1969. On the subject of his muse, Baselitz has himself written: “I don’t depict Elke: If anything I try to exclude her, but usually I don’t manage to. She gets into the process, whether I like it or not, she resurfaces from some hidden part of my mind. Neutrality is a myth: you can’t abdicate from the struggle. To create something new you have to battle with the conventions of the medium and with the subject itself. The aim of the portraitist must be to leave the portrait behind him if he is to make progress.” 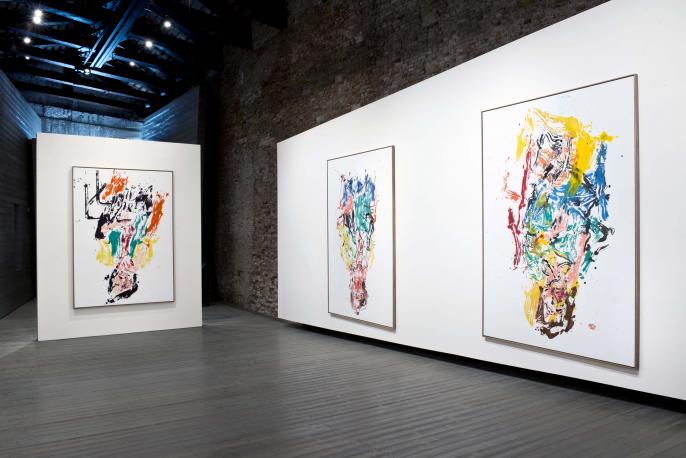 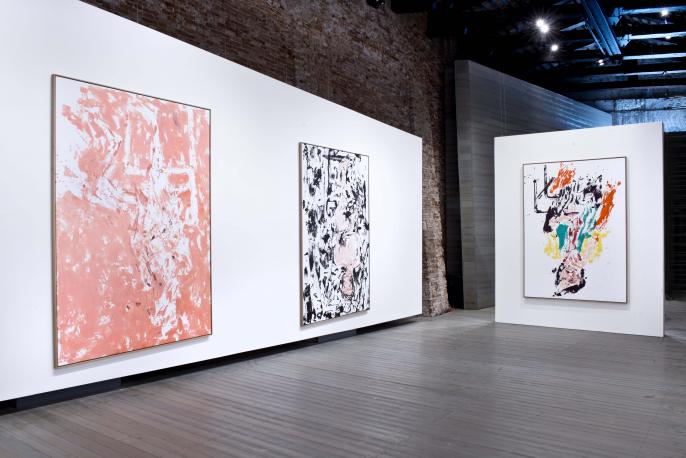 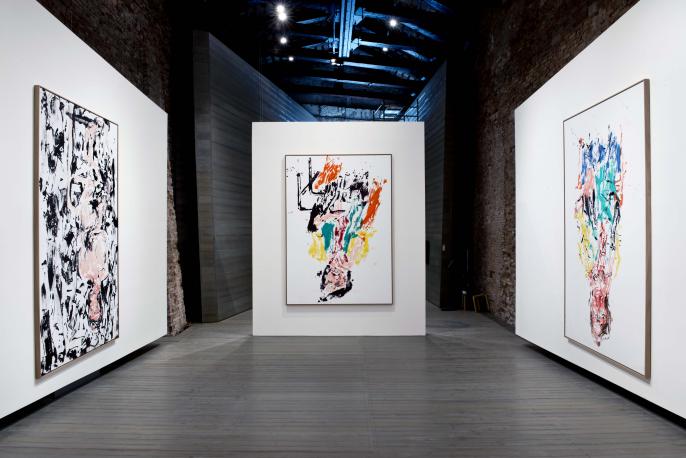 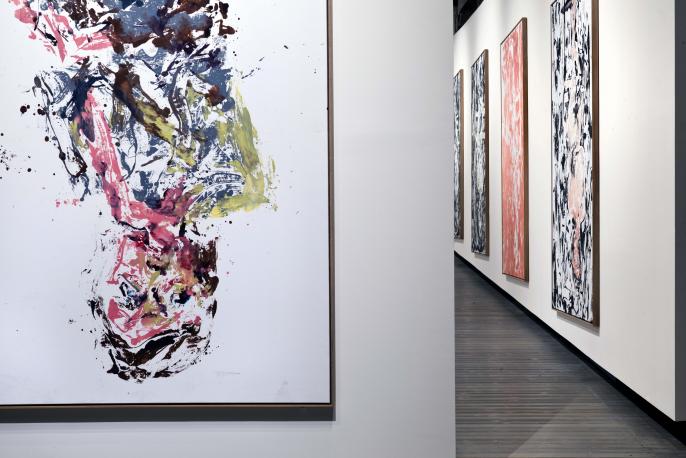 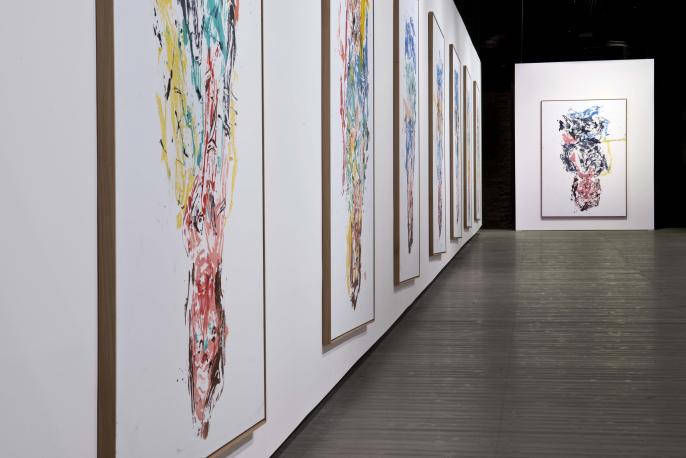