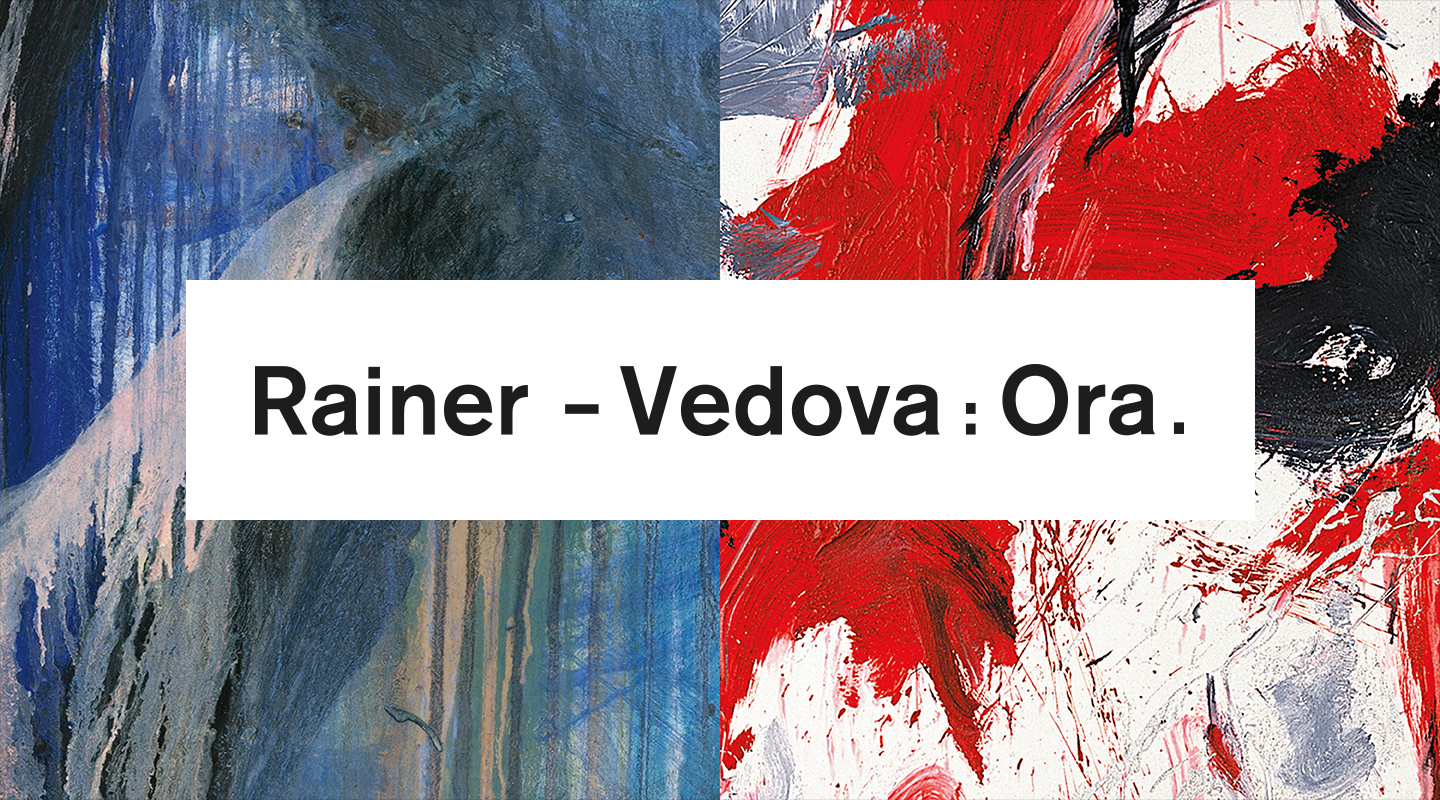 Arnulf Rainer (Baden bei Wien, 1929) and Emilio Vedova (Venice, 1919-2006), despite their differences in age and training, enjoyed a long friendship and shared a similar conception of the artist’s life as one necessarily engaged with the events of their time. The Venice show continues a dialogue initiated in 2020 in Baden bei Wien at the Arnulf Rainer Museum, where an exhibition entitled “Arnulf Rainer & Emilio Vedova: ‘Tizian schaut’” provided an opportunity to reinterpret, with these two artists, the history of relations between Venice and Vienna. The Austrian capital’s prestigious history and slow decline to ‘Decadent Vienna’ reminded Vedova of the decline and fall of Venice’s a century or so earlier. The Venetian master also maintained friendships and professional contacts in Vienna in addition to the shared cultural interests which he and his wife Annabianca pursued keenly there.
But the reasons that have prompted the Vedova Foundation to enter enthusiastically into this collaborative project with the Arnulf Rainer Museum are many, and we are pleased to be able to revisit those historic connections between Vienna and Venice through the work of two great artists of our time.
Their story, which traces a powerful and authentic line of thought in postwar artistic exploration, testifies to an alert and sensitive humanity that expresses, through both bodies of work, the fragility of our existence and its beauty as a phenomenon aware of its own imperfection. Vedova belonged to a generation of artists that had inevitably been marked both by the unprecedented demonstration of our potential for evil and the bloodletting of the Second World War, and by the dangers of passivity in the face of totalitarianism. For Arnulf Rainer, a self-taught painter whose main influences were Surrealism and American Abstract Expressionism, the centre of his artistic enquiry was the cross, for him ‘shorthand for the human face’: “Stand in front of the mirror and observe your face, you will see that a cross is inscribed everywhere within it”.
In the Spazio Vedova, which used to be the painter's studio, there is a collection of works created by Vedova between 1949 and 1993 which instead of a chronological arrangement have been divided into thematic sections to help the visitor navigate the display: Contro, No, Venezia muore, Allarme, Umano, Confine, Plurimo, Per. The chosen titles were prompted by the recurrence of these words in Emilio Vedova’s writings and speeches, and nicely capture the Vedovian outlook and the strongly engaged stance of his works, which often generated keen debate. The idea behind this Vedova exhibition, now more than fifteen years after his death, was to match, as far as possible, some works central to his career with the dramatic critical issues that involve our embattled times. The themes showcased in the sections represent the critical points that stimulated his extraordinary energy as an artist who was never willing to give up on the notion that a constantly evolving consciousness was the only way to construct a responsible relationship with each other and with the world.
Arnulf Rainer’s works have been accommodated at the Magazzino del Sale: from an output spanning a period of over 70 years, we have selected his crosses from the 1980s and the Kosmos series from the early 1990s. Rainer’s crosses inevitably evoke suffering, which could hardly be displayed in more harrowing fashion than against the salt-saturated walls of this extraordinary space. For Rainer “The cross is a metaphor for the human face” – and his crosses, like physiognomies, assume a rich variety of forms: These splashes of colour, applied with long brushes, recall his earlier vehement hand and finger paintings of the 1970s. While the crosses are notable for their individuality, the Kosmos paintings share the same circular form. The Greek word kosmos stands for the universe, but can also mean adornment, decorative element. These tondi are more densely painted, with small symbols embedded in the colour.

The exhibition catalogue – Rainer - Vedova: Ora. – is published by Marsilio.

The exhibition is sponsored by Generali Valore Cultura, Generali Italia’s long-running project of making art and culture accessible to an ever-wider public, and of enriching the life of the wider community. 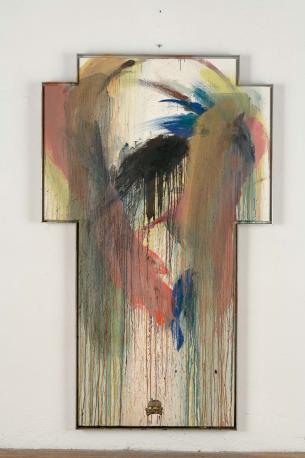 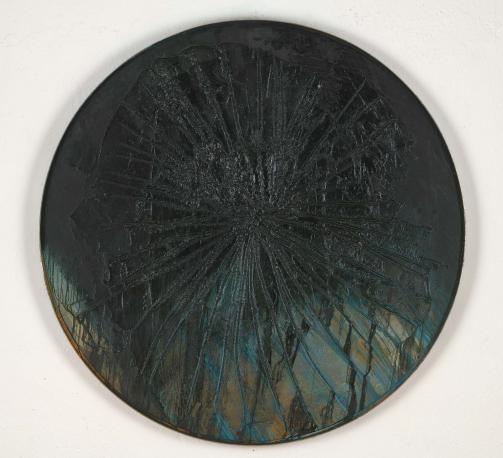 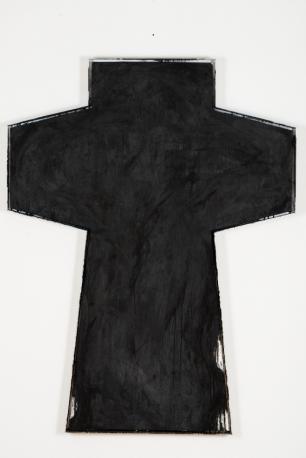 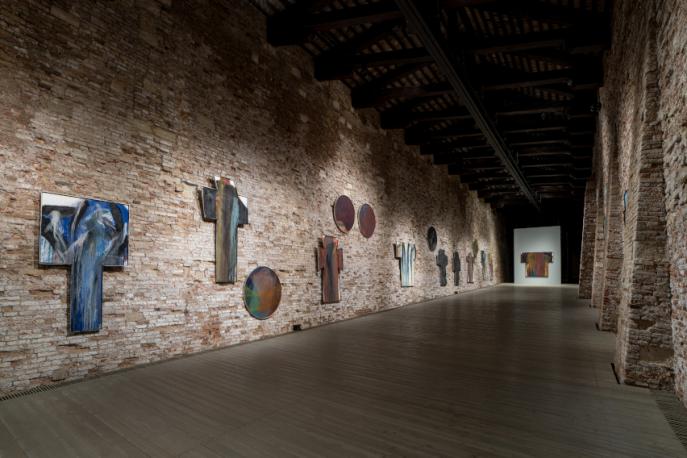 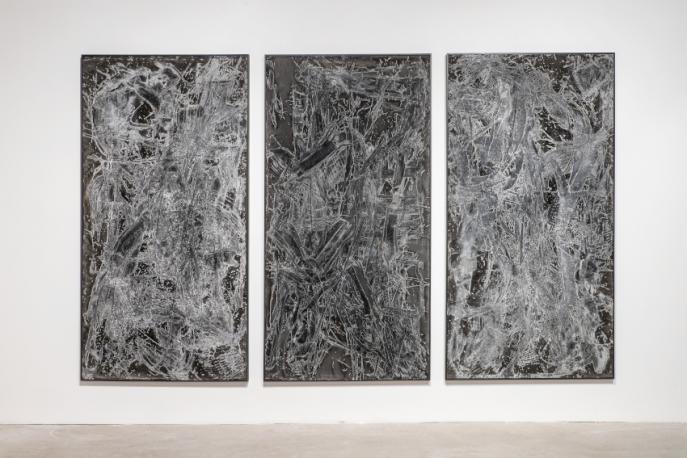 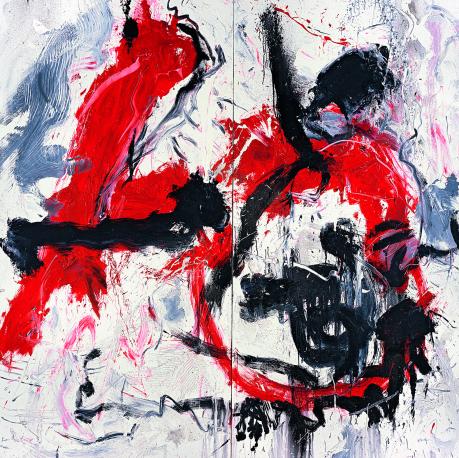 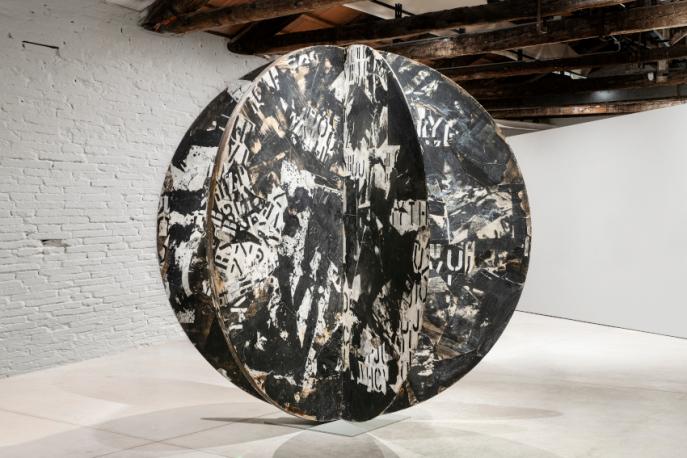 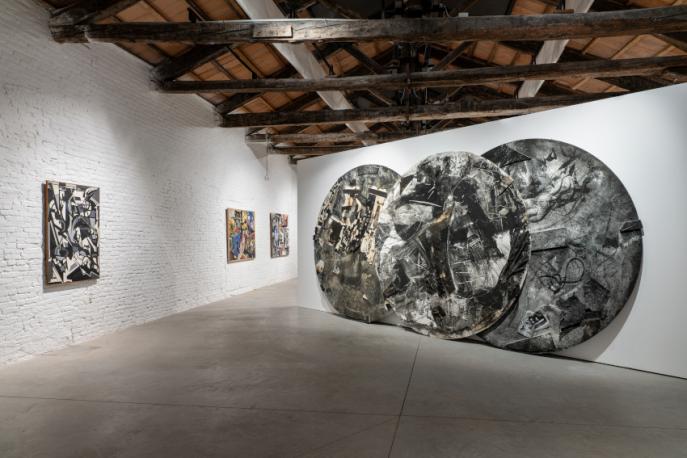 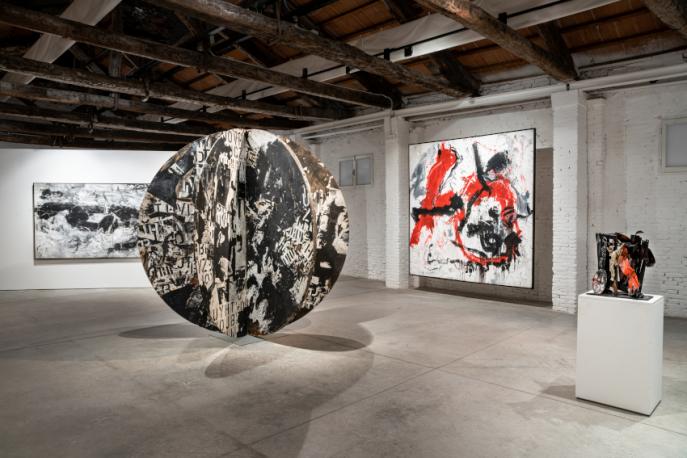