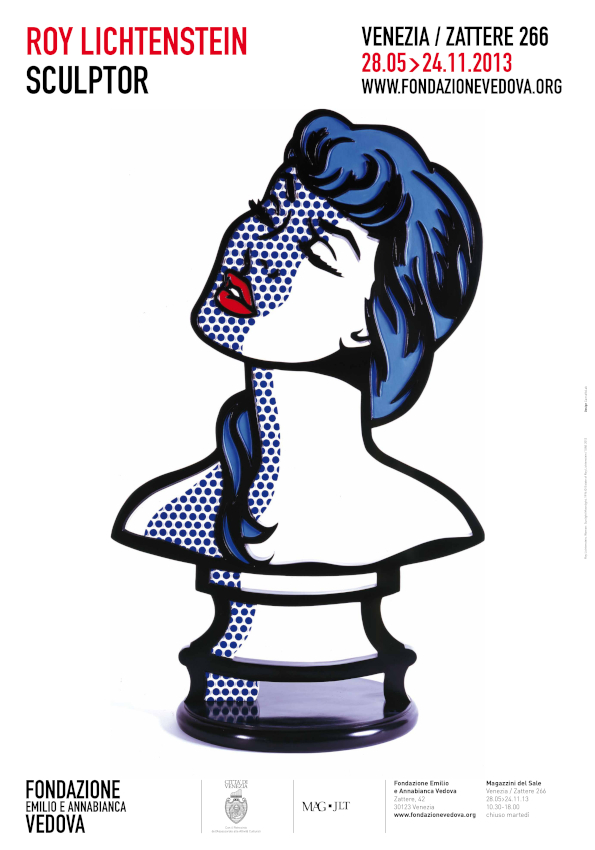 The exhibition, curated by Germano Celant, consists of 45 works on loan from the Roy Lichtenstein Foundation in New York as well as from private collections it ranges from drawings, collages, sketches, wooden maquettes, bronze and a painted fiberglass sculpture made between 1965 and 1997. The collection of works is being presented in Europe for the first time to document the artist’s vast and complex sculptural production.
Lichtenstein’s interest in sculpture dates back to the 1940s, with experiments with carved wood and stone, terracotta and various assemblages some featuring painted-on layers of plywood, but it was not until 1964 that his sculptures began to reflect the mature language of his Pop idioms when he started to use images drawn from the mass media, and from cartoons. Those paintings led to his interest in ceramic figurative works based on three-dimensional female mannequin heads and molds for piles of American diner style coffee cups and mugs and eventually to turning the two-dimensional explosions. These were all motifs transferred from a popular iconic source, initially insignificant and with no aesthetic character, to which the artist gave an artistic value, as though they were constants within a modernist culture leading from Brancusi to Calder. This theme was developed until his premature death in 1997 via dozens and dozens of sculptures oscillating between various styles that informed his production after the Sixties.
A constant in this activity was the stress on surface in his sculptures, but after 1965, the flattening treatment of the volume became more pronounced with his introduction of Art Deco style pieces begun in 1967 fabricated in brass with glass elements. After 1976, a similar procedure led to “profile” sculptures, in which the depth and shadows of the object treated – a lamp, a mirror or coffee pot, or a face, nude or house – are all placed on the same plane, as though they were crushed and flattened on a single surface. Volume is transformed into compact line and colour, despite its depth often only being an inch thick, as though his sculpture had been cut-out from a newspaper or magazine.
This attunes them to the artist’s paintings, in which perspective differences are cancelled in favour of a play of full and void, transparency and opacity, leaving no room for any sense of depth, if not the insignificant flatness of the message drawn from the cartoon or the history of art.
This reflection on the two-dimensional vision is critique of the heroic gesture which underlies the dramatic, spectacular brushwork of the Abstract Expressionists. Lichtenstein’s sculptures are both rich in irony and visual refinements where the popular image overcomes its banality to affirm itself as a sublime treatise on popular culture. 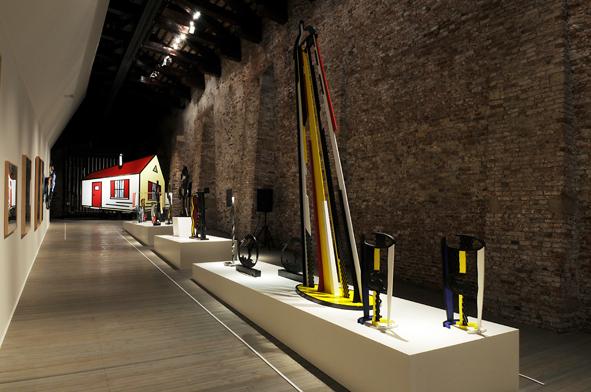 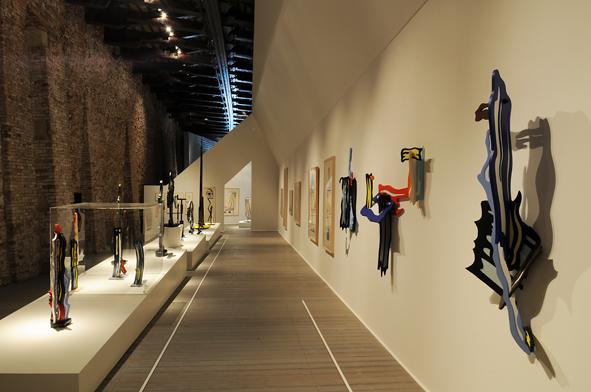 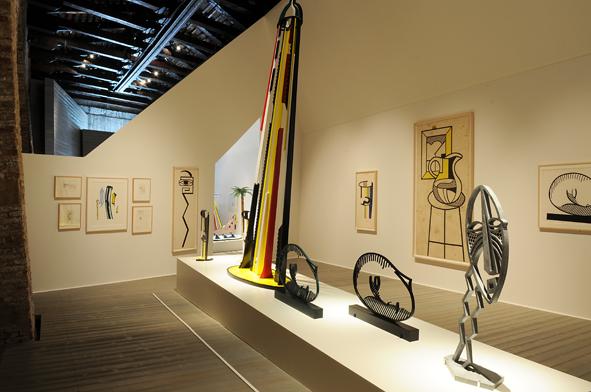 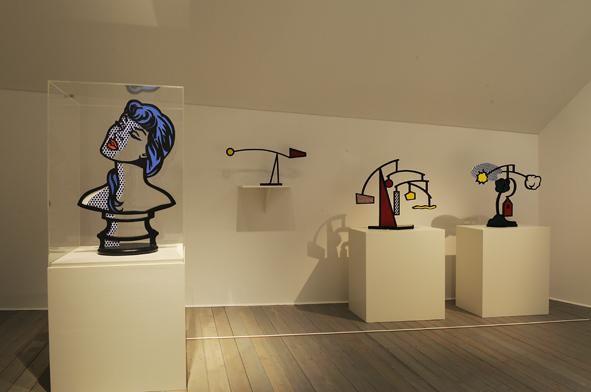 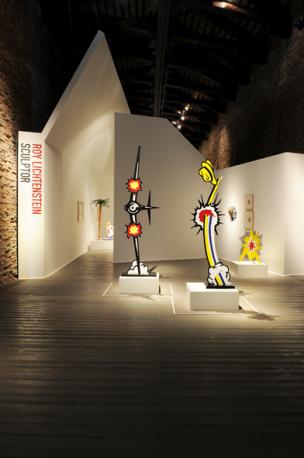