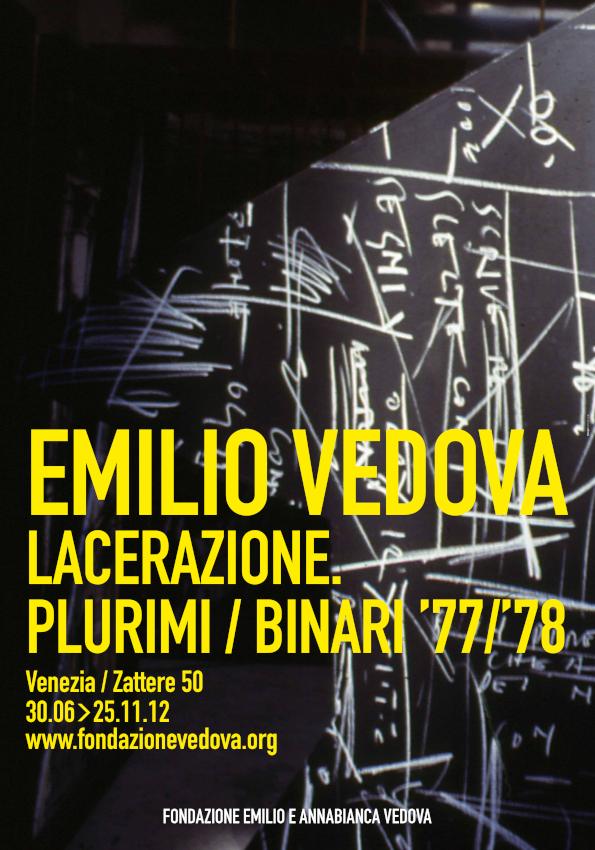 The Lacerazione. Plurimi/Binari ’77/’78 exhibition, curated by Fabrizio Gazzarri, for the first time presents three complete Lacerazione cycles together (II, III and IV, hitherto never on public display), as well as some single Plurimi/Binari. The cycles are on display in the Spazio Vedova, formerly the artist’s studio, exactly where they were made years ago.

As was usual with Emilio Vedova, the choice of the title was a particularly laborious one, as it suggested the first indication of the work’s poetics and problematic nucleus. This often tormented process produced much material revealing his manner of thinking. Lacerazione - a definition that has an unusual sound when compared to Vedova’s other works because it indicates a different position to the Vedova that is more generally known - expresses all the passion and intensity of the existential restlessness of that moment in his life, indicated with detachment and distancing. For Vedova, the summons to a humanly genuine life had become extremely strong, stronger even than the social and political situation demanded; it was a condition sought within the solitude of his studio and in its intensely experienced silence in which reason cannot explain or decide. Lacerazione also marks the point of resonance of some of his favourite references, such as Goya, some of Tintoretto and Giandomenico Tiepolo. The Plurimi/Binari express a sort of expressive freezing. Unlike thePlurimi that were projected outwards to occupy and clash with spaces and situations, the Plurimi/Binari silently follow disturbing parallel trajectories without contacts or noisy traumas. Like for the earlier Plurimi, the Plurimi/Binari were defined by Vedova in terms of “Spaces/Action”, and hence beyond all categorisation simply as painting or sculpture, in order to stress the impending sense of an event that is renewed each time and in which the public is invited to interact with the works. Painted on asymmetric wooden panels, sliding in parallel on rails in groups of two or three, the Plurimi/Binari create moving collages as they overlap, linked by strong steel structures. Vedova produced five cycles (I, II, III, IV and V), each composed of ten forms in four frames. 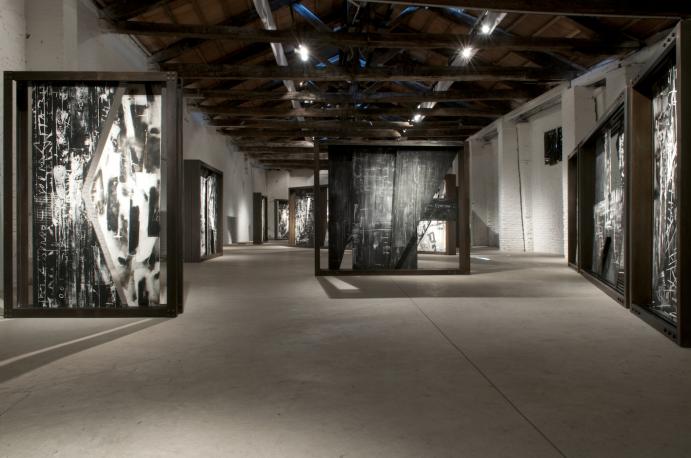 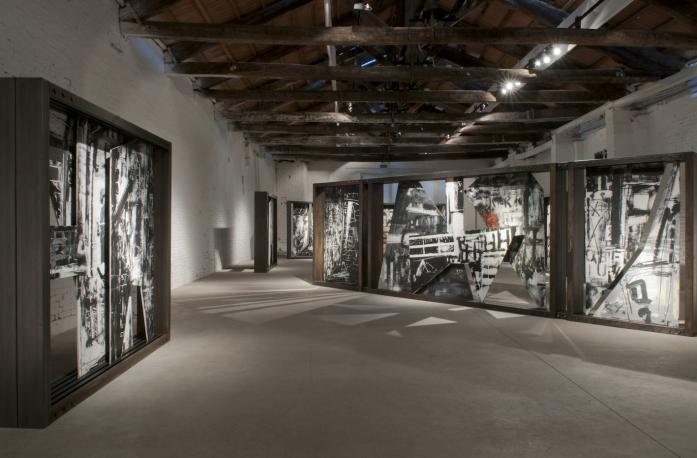 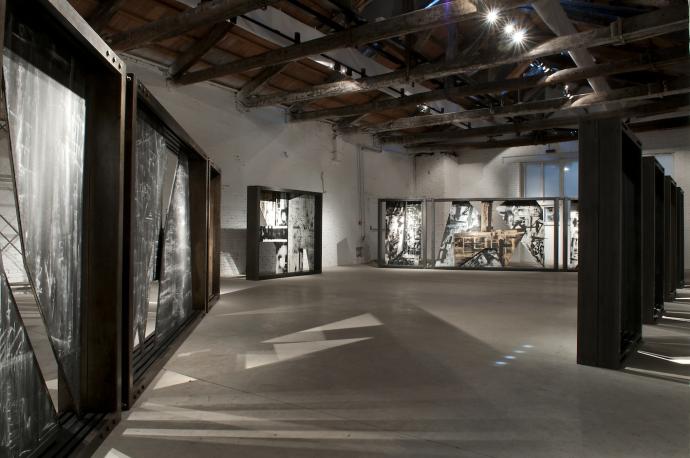 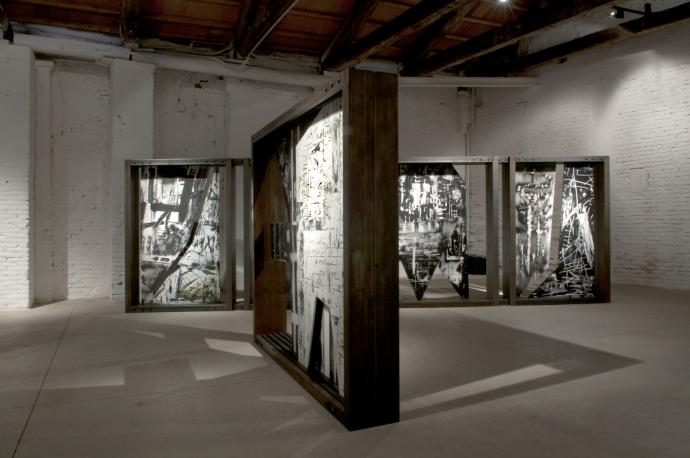 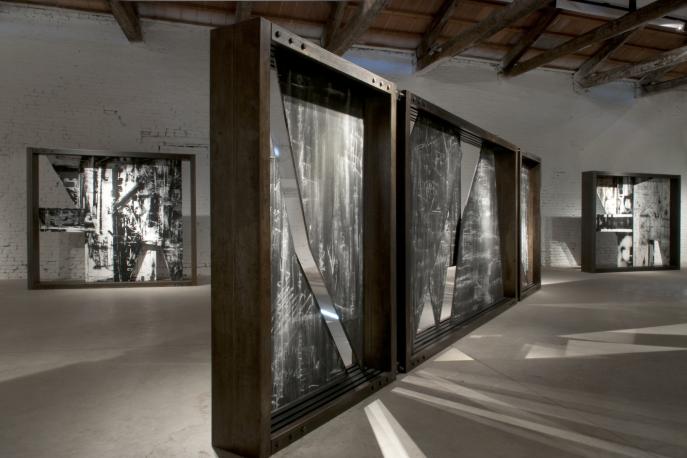