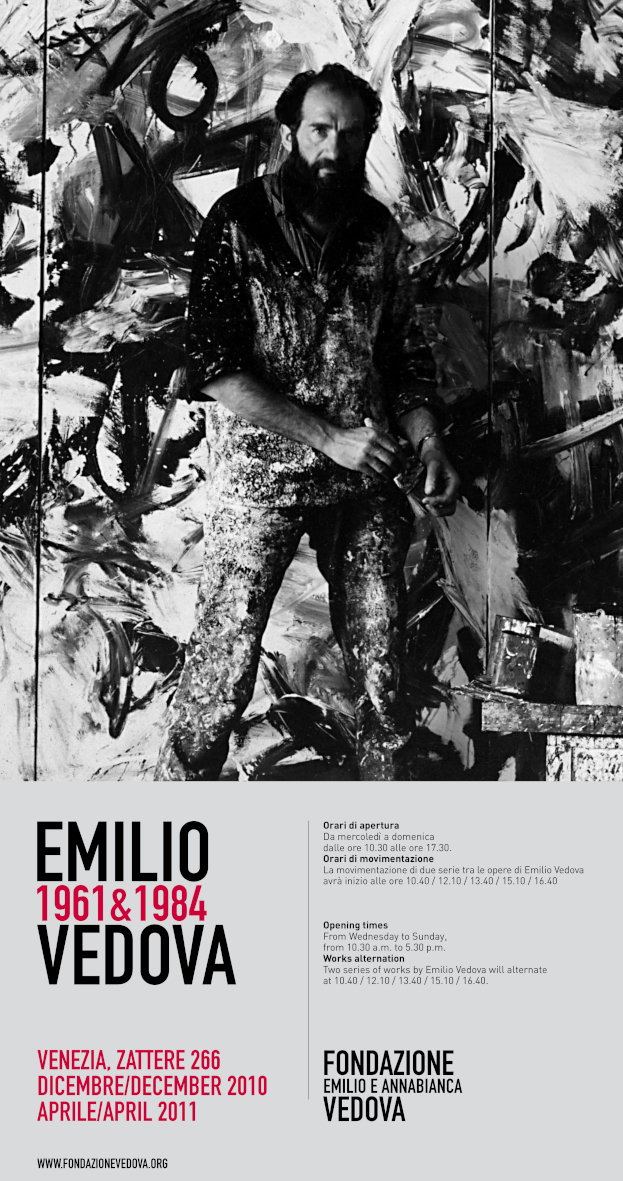 Following the closure of its two recent exhibitions, "Louise Bourgeois. The Fabric Drawings” – currently on show in London where it is attracting numerous visitors – and "Emilio Vedova Scultore", which received considerable attention from the press and public acclaim, the Fondazione Emilio e Annabianca Vedova continues with its programme of events for the Magazzino del Sale, on the Zattere, with a further examination of Vedovaʼs work, in an exhibition entitled "Emilio Vedova 1961 & 1984". This makes use once again of the exhibition system envisioned by Renzo Piano, whose project for the Magazzino was presented at the Italian Pavilion of this yearʼs Architecture Biennale in Venice.
The exhibition will display in parallel some works from the 1960s from the Ciclo ʻ61 (1961) and Ciclo ʻ62 (1962) series and two series of paintings from the 1980s from the Scarabocchi dellʼanima, (1982) and Di umano ʼ84 -IV (1984) series for the purposes of comparison and increased effect. The first series will constitute a fixed presence in relation to the 16th-century structure of the building, while the other two will alternate within the architectural space, entering and leaving it at regular intervals.
The desired interpretation is to verify the continuity of a linguistic discourse Vedova ceaselessly maintained in every period of his research through the emotive and gestural interstices of his painting. A constant interplay of colours and gestures that established themselves on the bare canvas to enunciate the anguished awareness of a critical and political being. A further ever-changing and dazzling presentation resulting from the alternation of pictures before the public gaze which, dipping into the important visual heritage left by the artist, enables a further confirmation of his contribution to the history of modern and contemporary art. 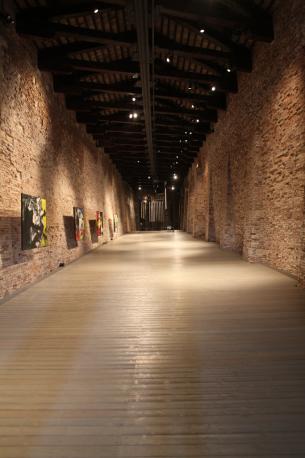 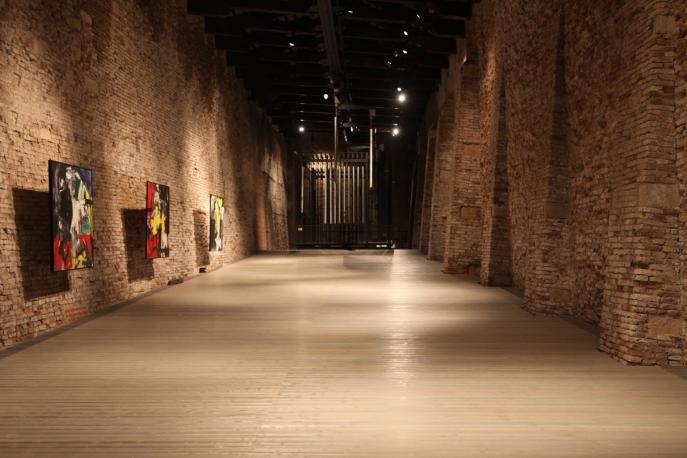 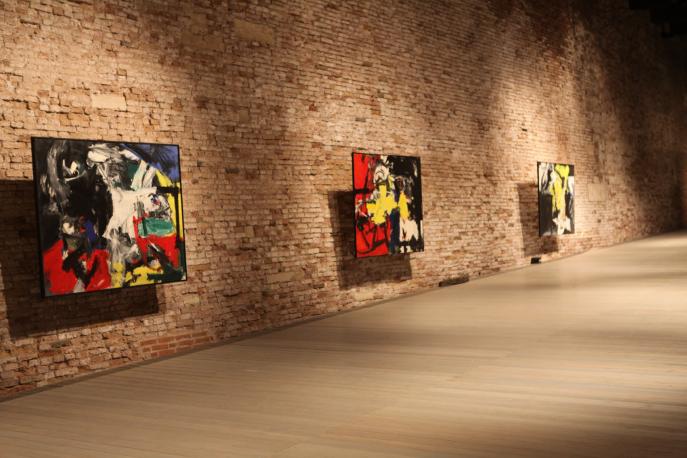 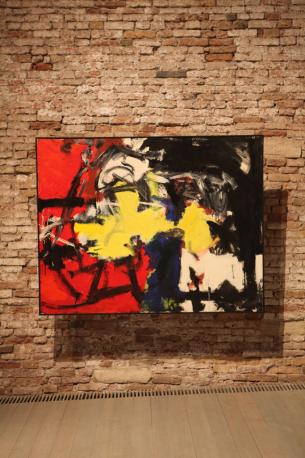 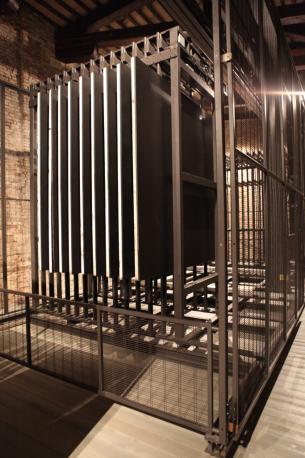 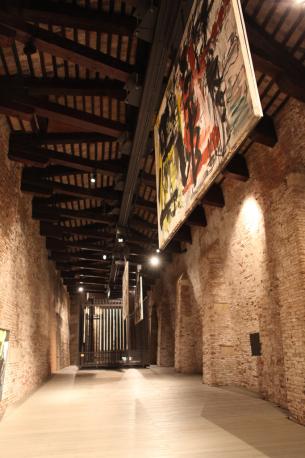 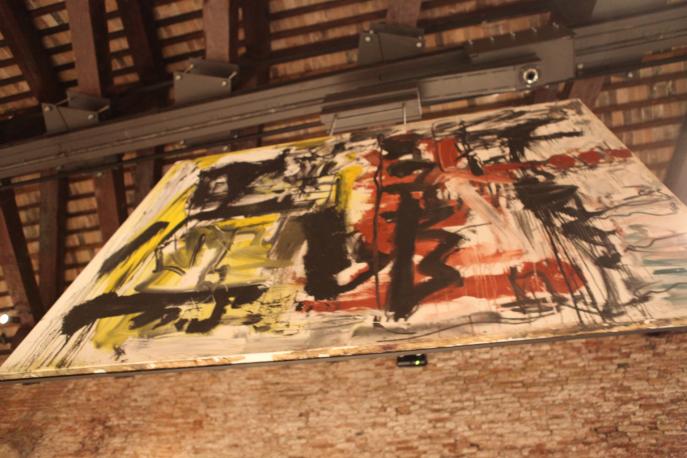 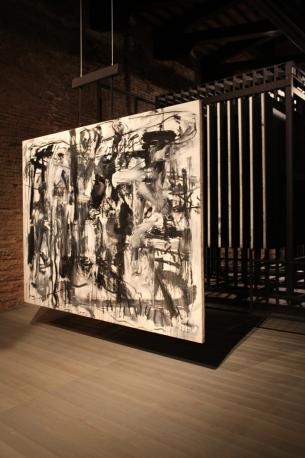 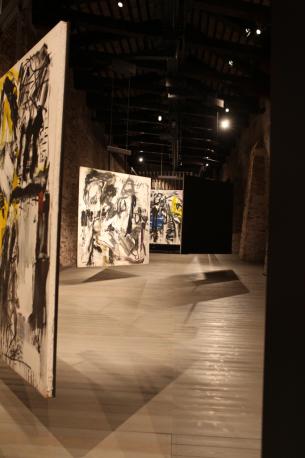 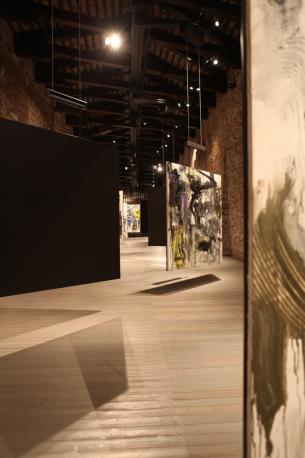 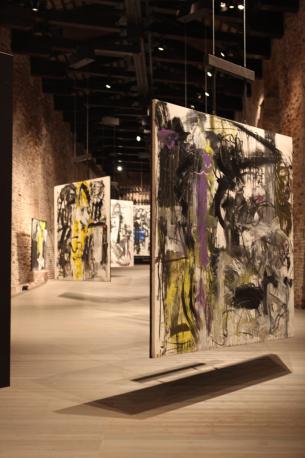