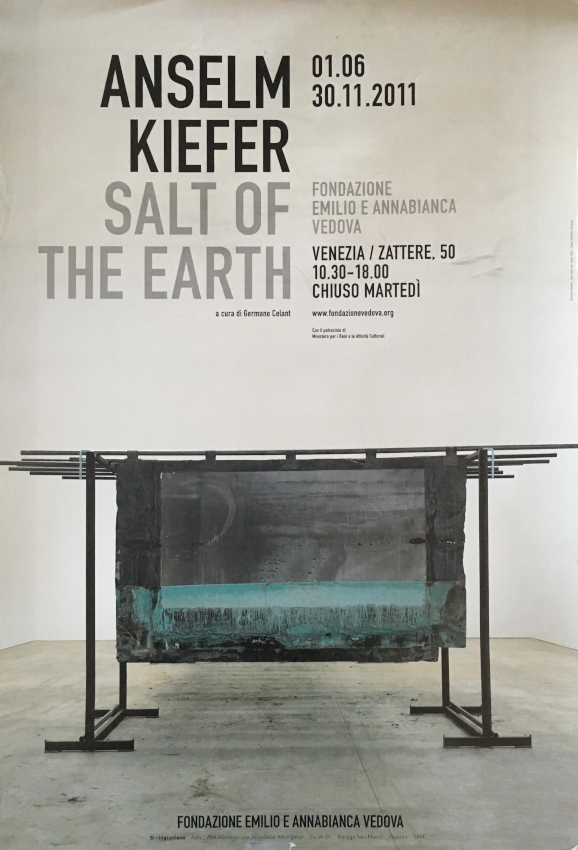 Anselm Kiefer. Salt of the earth

The title "Salt of the Earth" refers to Anselm Kiefer’s interest in the alchemical process, representing the aspiration of a human being to an almost golden perfection of existence. According to the artist, in order to awake from the past and find a new spiritual dimension, a person has to pass through various stages of mutation; art is an instrument to facilitate this step and rebirth. For this reason, in his paintings and sculptures, Kiefer makes use of symbolic materials and processes like lead and electrolysis, gold and salt, which in ancient tradition were used for a metaphorical transformation of self.
The exhibition consists of a vitrine Athanor, a painting Arche (Ark), and an installation, Das Salz der Erde, in which photographs of landscapes, mounted on lead panels are suspended. They were submitted to a process of electrolysis that has covered them with a green patina: a colour of underlying hope and announcing the union of opposites. Here Kiefer offers his visual reflection on the theme of alchemy and the Kabbalah; esoteric teachings in which an impulse towards reawakening and a greater awareness of the individual and of his culture is laid bare. 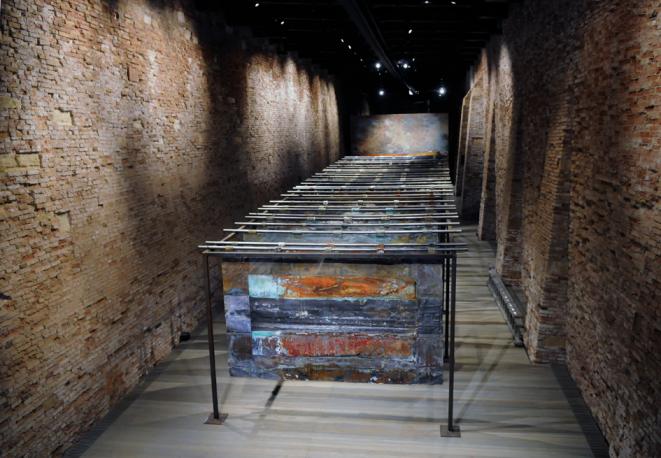 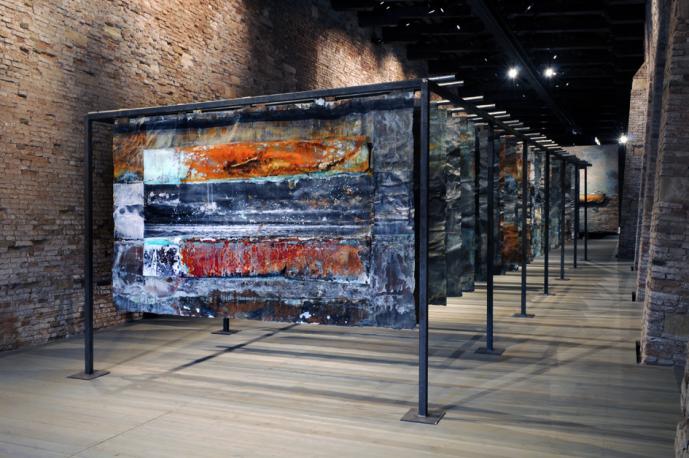 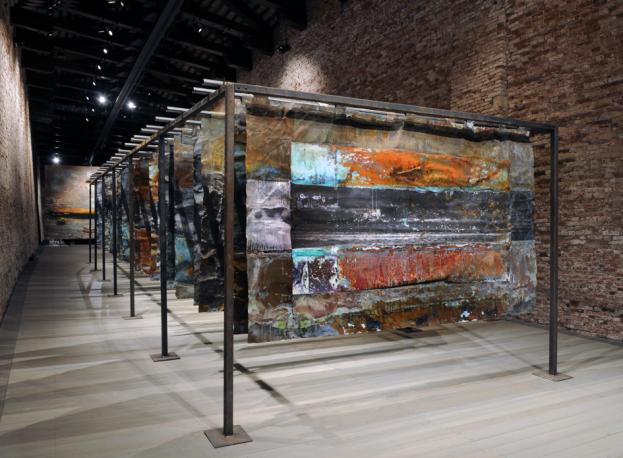 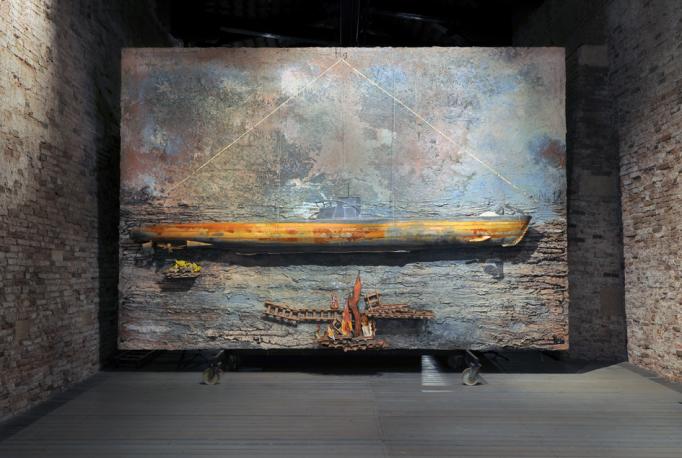 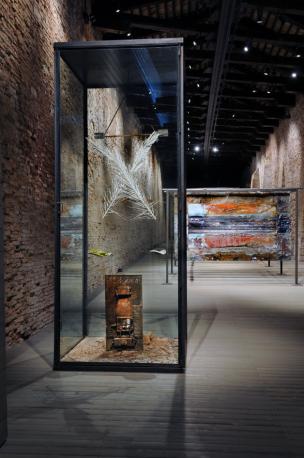