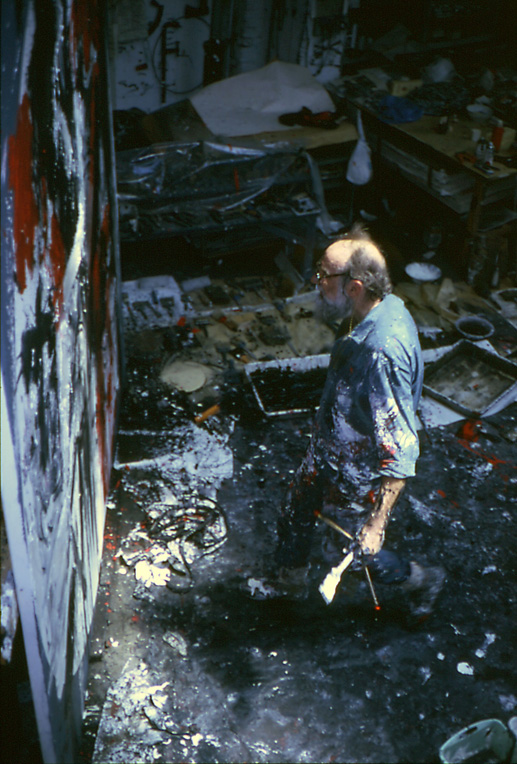 In the autumn of 1980, Emilio Vedova, who had concluded his work with the Plurimi/Binari of theLacerazione ‘77/’78 cycles, was invited to Mexico City for an anthological exhibition of graphic works atthe Museo de Arte Carrillo Gil and for a cycle of lectures at the UNAM (Universidad Nacional Autónomade México). This voyage and period of study, the importance of which was frequently stressed by Vedova himself as he enthusiastically recalled places, situations and meetings of great interest and vitality, certainly represented a decisive moment for the development of his poetics in later years.Indeed, in 1981 Vedova began his cycle of large paintings on canvas called teleri, a name borrowedfrom the ancient Venetian tradition in which the teler was a large canvas applied to the wall and paintedin oils. These works are characterised by an uncontainable expressionist charge, a powerful, strongbrushwork and a timbric, explosive use of colour. The exhibition presents three particularly significantseries of teleri from those years, moved by the machine that Renzo Piano designed for Emilio Vedova, drawn from the Compresenze cycle of 1981 and Emerging of 1982, from the Rossi and …als ob…cycles of 1983 and the Da Dove (1984) and Di Umano (1985) series that anticipated the Dischi, theTondi and the Oltre.