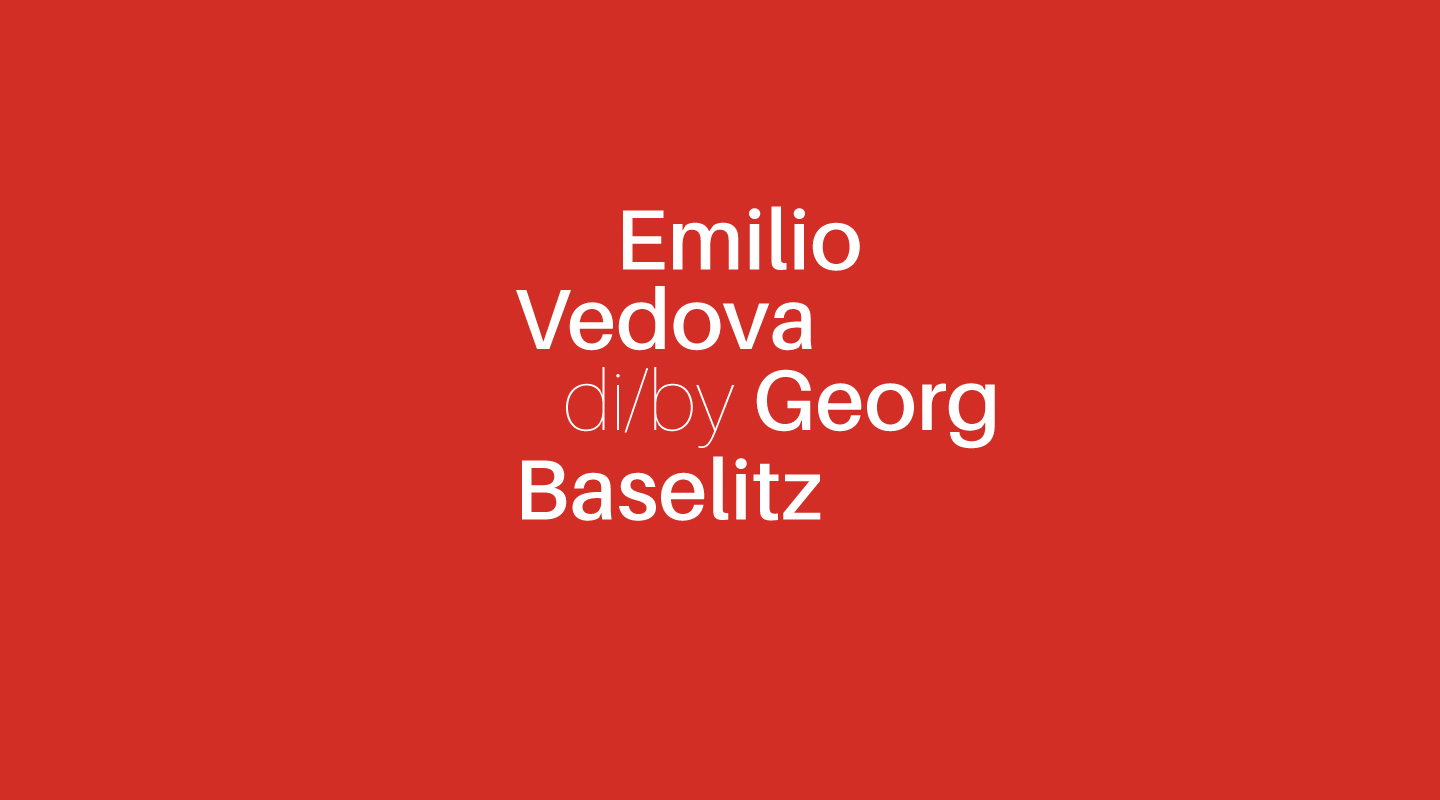 “The routes by which we trace connections, similarities, divergencies between artists – writes Alfredo Bianchini, the Foundation’s president – are always problematic, and it would be a fruitless exercise to attempt a direct comparison between Vedova and Baselitz. To be sure, the upside-down portraits which Baselitz began to paint in the late 1960s, undoubtedly express a critical and dissenting vision of reality. They constitute, that is, a break with conventional interpretations of man and his time, as if we were to imagine an upturned hourglass in which the grains of sand, defying gravity, instead of descending, ascend, inverting the normal existential processes of human life. And Vedova, if by different paths and with another range of gesture, is no less a powerful opponent and critic, from an ethical/political standpoint, of the directions humanity is capable of taking in the inexhaustible, irresolvable contest between good and evil, immortalised in the extraordinary Scontro di Situazioni and Immagini del Tempo cycles”.

Vedova and Baselitz were linked by a deep and enduring friendship dating back to Berlin in the early 1960s when the wall was newly built, and where Vedova lived for the best part of two years and created the Absurdes Berliner Tagebuch ‘64 in his large studio. It is worth remembering the hommage Baselitz rendered to his recently deceased friend at the 2007 Venice Biennale in a series works of great expressive power. Baselitz recalled then his first encounter with Vedova’s work. “I bought a picture of Emilio’s – a 1957 Manifesto Universale – from Rudolf Springer; I bought it as a document, my first glance westwards, in Berlin that time, an abstract, with an inspiration (Piranesi) and a vehemence to fall in love with.” On the centenary of Vedova’s birth, the Fondazione Emilio e Annabianca Vedova is delighted that the German maestro has agreed to curate this exhibition, making a selection of works that he feels to be especially representative.

The show conceived by Baselitz embraces two series of great works on canvas (the so-called teleri), both in uncompromising black and white, and belonging to two important phases of his complex artistic journey – the 1950s/60s and the 1980s.

In accordance with Baselitz’s conception, the works are being installed in the Magazzino del Sale exhibition hall on the two long facing walls. Along the righthand one will be hung six large square works from the 1980s, a period when the Venetian maestro had returned to high-impact visually explosive paintings; on the left, a series of historic works from the late 50s/early 60s: from the Scontro di Situazioni ’59-II-1 made for the Palazzo Grassi “Vitalità nell’arte” exhibition of that year, to paintings belonging to the cycles of that period: Immagine del tempo (1958) and Per la Spagna (1961). Baselitz’s choices take us straight to the heart of Emilio Vedova’s artistic experience, offering an exhibition of ‘extreme’ vision and radical content, which links two crucial periods in Vedova’s work, twenty years apart, demonstrating the enduring vitality of his experiments and explorations. 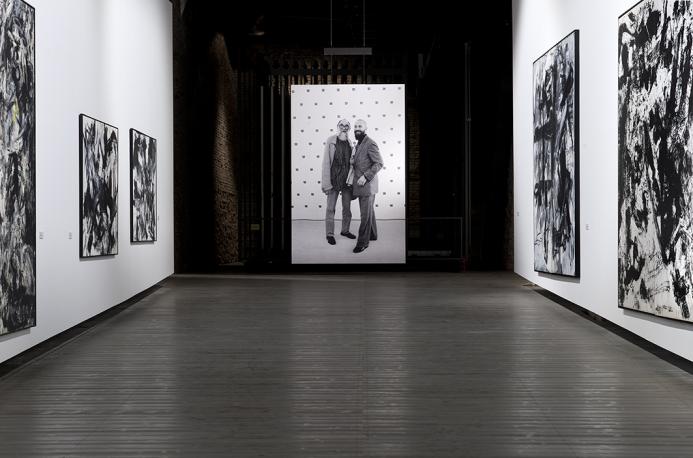 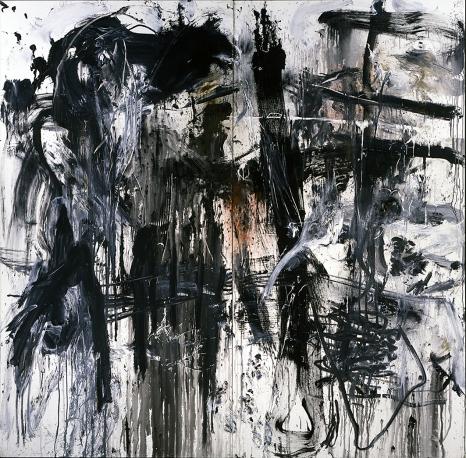 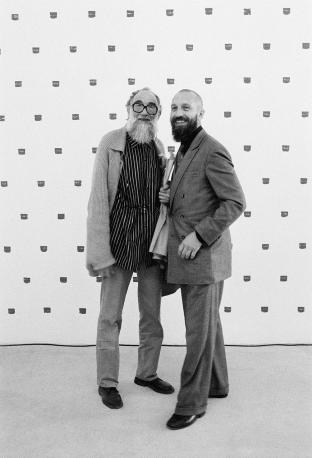