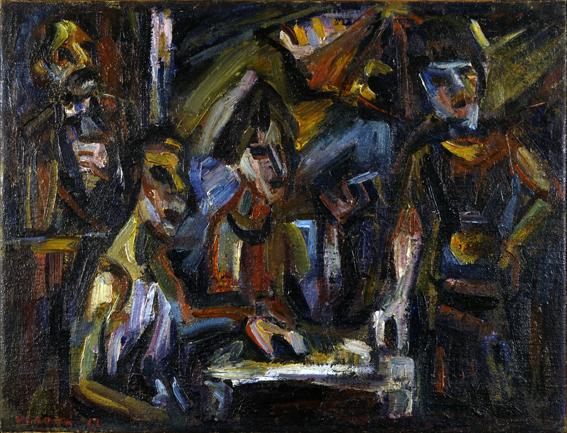 In 1942, after participating in the fourth edition of the Bergamo Prize, Vedova joined the "Corrente" group, active since 1938. The group of artists elaborated a document - Manifesto di pittori e scrittori - which should have been published in the editions of the "Quaderni Rossi", inviting absenteeism and revolt, whose drafts were destroyed by the artists before the raid by the OVRA (Organization for the surveillance and repression of Anti-Fascism) in the exhibition spaces of the Galleria La Spiga, where an exhibition of works by Emilio Vedova was being held.