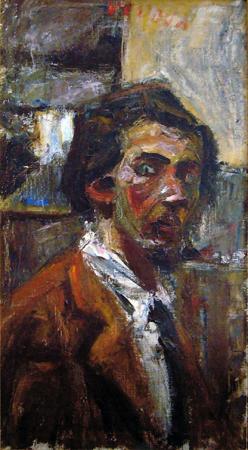 Emilio Vedova is born in Venice on August 9th, 1919, the third of seven brothers, to Giovanna Zamattio and Luigi Vedova, a family or artisans and manual workers. He tried to make a living for himself from an early age, in order to support his drawing and painting. His father initially found him work with a photographer, after which, having tried to qualify as an elementary school teacher, studying privately, he worked for a restorer before managing to apprentice himself to a painter.